Sometimes an up-and-coming act doesn’t have the time or resources to create a full album or play out too extensively. The time-and-money investment can be daunting, and there is a lot of legwork that goes along with sustaining a musical project. In hopes that some of these acts can garner those resources needed to sustain and progress their endeavors, I’ll look to review some of the groups to keep an eye out for!

Vincent Lema isn’t at a loss for gigs to play- he currently shreds the six-string for Buffalo powerhouse rock group The Scarecrow Show. His skill set enables him to sit in with just about any group of any style, though Vincent tends to lean towards this grittier, heavier classic rock sound. When he’s got the time outside of his other projects, he gets to focus on his own songwriting. His style has echos of some of rock’s greatest- David Gilmour’s bluesy melodic riffs meshed with the technical prowess of Kirk Hammett. Vincent can hold up with the best of them too. Need evidence? Take a listen to his latest release, “Headrush“.

While the drums in this track are consistent with a solo-producer doing the best they can with a given set of samples, the rest of the track features distinct, visceral guitar work and bass lines to match. While the guitar may take center stage for much of the song, the bass impresses with how it colors the chord progression while providing any shreds of pulse that were absent from the sampled drums. Vincent’s ability to write a vocal hook stands out as well, highlighting the diversity of his songwriting (he can hold a tune well, too). The song sounds like something straight out of the 80’s rock era, with smatterings of modern melodic tastes in the vocals and solo section. The current production is raw, which actually works well to differentiate his solo sound a bit from the more formulaic style of recording that the genre has defaulted to as it has aged. 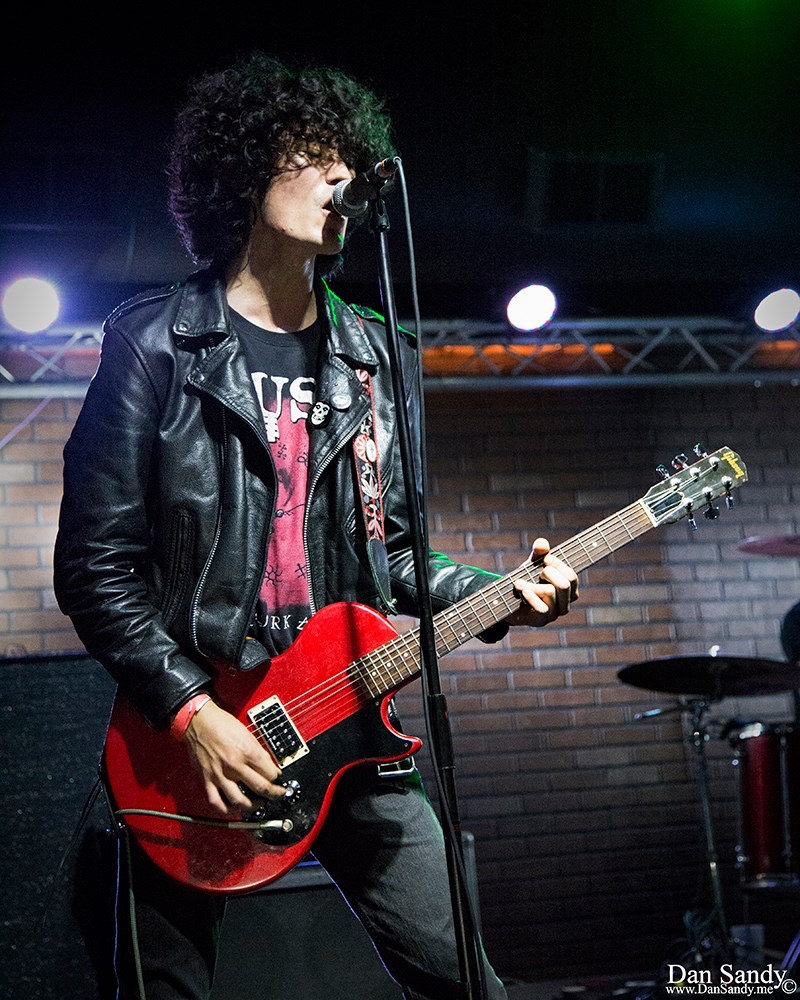 If you have a chance, check out both Vincent’s solo project as well as The Scarecrow Show. His style will come as a treat to fans of hard rock and people who just love hearing those scathing solos that go on without a hiccup. Go show support for Vincent at a show, and snag that single from his Bandcamp!