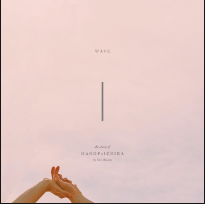 The past decade has shown a huge emergence of bands who harken back to the times of “old”- the 80’s. A lot of these groups do a very good job of improving on various aspects of 80’s music that a lot of critics weren’t too keen on. The era’s mainstream labels leaned hard on image-based groups, opting for glam and looks as opposed to refined talent. This isn’t to discount the treasure trove of amazing music coming out of the 80’s, but the general “pop” scene was lacking in thought provoking material. Enter the 21st century- bands are taking nostalgic overtones from the 80’s and tweaking the sounds and aesthetic of the era by improving on one of that era’s biggest weak points- the music! NYC based group, New Masons, are a piece of this modern-day puzzle. The band’s most recent release post-hiatus, Wave, Pt. 1, gives the listener a malleable grouping of tunes. The EP adds tidbits of melodic and harmonic development without straying from its pop roots.

The band is comprised of Ariel Arellano (Guitar), Deanna Civilette (Keys and Vox), Michael Gonzalez-Kelly (Vox), Jimmy Hartmann (Synths and Electronics) and John Greenan (Drums/Percussion). After moving from Fredonia, NY, the group now plants its roots in Queens. The group has been on the radar for a long time, and consequentially the EP has a great overall sense of chemistry. Each instrumental part within the composition leaves room for its counterparts, which allows the entire product to glow with shimmering reverb and delay without the atmosphere muddying up the mix. The drums make up for any lost pulse or groove, as they drive the beat underneath the soundscape created by the band. The first track, “Mask”, immediately demonstrates Greenan’s ability to work a hi-hat while holding down tight bass drum beats. The bass guitar sits below the drum, creating a droning foundation and filling any open space in the lower end. The snare sounds like it’s sent through a gated reverb, giving it a huge sound and letting Greenan focus on beat placement as opposed to speed.

The instrumental, as is the case with most of the EP, offers a little bit of everything. There are no shredding solos or lead parts- instead there is a thick layering of well-produced timbres mixed in with subtle and distant guitar lines. The second song, “Two | Torches” offers a good example of how well the instrumental works in the mix. Note how the sizzling hi-hat catches just enough of the reverb to create a kind of cold ambiance alongside the otherwise sparse melodic movement. It’s a lot of layering and fitting, like a sound-puzzle. The outcome is canyon-sized, very conducive to the relaxing indie-pop vibe. If these instruments were all compressed, they’d lose the glowing resonance. The wash on each part meshes together, yielding a glowing yet slightly transparent backdrop, and this allows the instrumental to breathe. Because of this too, the vocals are front a center.

work well together in the vocal lines. While the male vocals hold up most of the first two tracks, Civilette provides a sort of vocal expansion when coming into the third track, “Black Feather”. This duet works well on the EP and adds a dimension to the work. Both vocalists do a great job of holding intonation and conveying the emotion in their lyrics. The layered harmonies are well executed, and add points of tension within the songs where they happen. The EP is generally musically inoffensive, but there are points like with the harmony where some spice is added to break the listener out of autopilot. This was a nice touch and displays a valuable characteristic of this specific band.

Overall, this EP was well worth the listen. If you’re looking for something that’s a very attentive and harder listen, this won’t do the trick- but it is a shining example of the manner in which modern musicians have taken a cue from their predecessors without leaning too hard on those sounds. Groups such as New Masons are doing a good job of keeping this style of pop relevant, while also adding pieces to the conversation. If there was one thing those 80’s pop tunes were missing, it was the musician’s personal touch, untainted by a major label. New Masons add enough of their own flavor to make this something you’ll want to spin again and again.